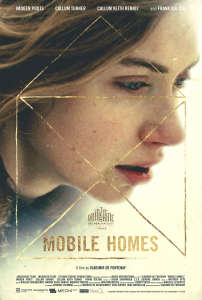 Four years in the making, French filmmaker Vladimir de Fontenay is finally ready to bring the full force of his award-winning vision to the big screen, thanks to the Directors’ Fortnight premiere of his “Mobile Homes.” Based on his lauded short of the same name (which screened at both the SXSW Film Festival and Clermont-Ferrand Film Festival in 2013, later going on to receive first prize at the Wasserman Awards, NYU Graduate Film School’s top honor, as well as a National Board of Review award), de Fonetnay’s film will bow later this week at Cannes.

Per the film’s official synopsis, “In forgotten towns along the American border, a young mother drifts from one motel to the next with her intoxicating boyfriend and her 8-year-old son. The makeshift family scrapes by, living one hustle at a time, until the discovery of a mobile home community offers an alternative life.”

The film stars Imogen Poots as the young mother, with Callum Turner and Callum Keith Rennie both playing supporting parts (what are the odds of that?). In his official director’s statement, de Fontenay explains the personal experience that informed his creation of both the feature and the short, writing, “A few years ago, I was driving through upstate New York and was passed by a mobile home, towed by a massive truck. On the surface it had the appearance of a home, but below there was nothing to ground it. Moving a lot as a young adult, from France to 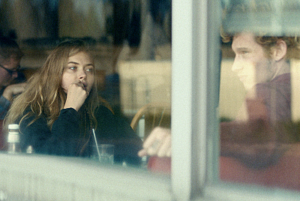 Italy and then to the US (where I lived and studied), that image immediately resonated with me: it symbolized my fear of becoming uprooted, both free and trapped in something in movement, ungrounded and fragile.”

He continued, “I made a short film about a young mother escaping the dangers of her livelihood with her son in a moving mobile home. I cared deeply about the characters, wondering what was going to happen to them after the film ended. I went back to that image of the mobile home in transit and to this mother/son relationship. I started exploring their life through a feature film. The mobile home itself is emblematic of the development of the characters through their changing relationship to it. It seems particularly relevant to me.”

“Mobile Homes” is premiering in Cannes’ Directors’ Fortnight section later this week, with a world premiere date set for May 21.

Check out the poster for “Mobile Homes” and the production stills (which include a brand new one) by clicking on the thumbnails above.