The official trailer, the first production stills and posters for her upcoming film Black Christmas are here so be sure to take a look! This film certainly looks interesting, hope it will do good!

Check out the production stills & posters and watch the official “Black Christmas” trailer below.

More Imogen news lovelies! The first 3 production stills and the official trailer for her upcoming film Friday’s Child are here so be sure to take a look! This film certainly looks interesting, can’t wait to see it!

After making an impression at the SXSW Film Festival earlier this year, A.J. Edwards’ “Friday’s Child” is gearing up to compete at the Shanghai International Film Festival later this month. IndieWire is celebrating the occasion with the exclusive debut of the film’s trailer, which is the kind of visual jaw-dropper moviegoers should start expecting from Edwards.
“Friday’s Child” stars Tye Sheridan as Richie Wincott, an 18-year-old fresh out of foster care who becomes the prime suspect in a botched robbery. Wincott’s mission to avoid being captured by the police and the arrival of a stranger threatening to reveal his past (Caleb Landry Jones) cause problems for his budding romance with an unlikely friend (Imogen Poots).Edwards started his career as a disciple of Terrence Malick, working on “The New World,” helping cast “The Tree of Life,” and serving as an editor on “To the Wonder,” and he made a name for himself as a director with his breakout debut “The Better Angels,” which debuted at Sundance in 2014. Edwards has had a front row seat to Malick’s new age style and he shows he’s capable of channeling a similar artistic voice in the “Friday’s Child” trailer. Both Sheridan and Poots are no stranger to Malick’s style having starred in “The Tree of Life” and “Knight of Cups,” respectively.

Check out the production stills and watch the official “Friday’s Child” trailer below. 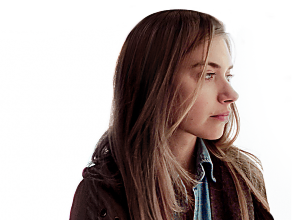 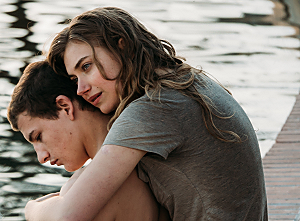 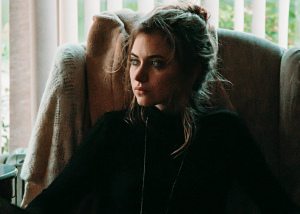 GALLERY LINKS:
Movies > Friday’s Child (2018) > Production Stills
Movies > Friday’s Child (2018) > Promotional Posters
© 2013-2019 Imogen Poots Network   |   ImogenPoots.org   |   Theme by Sin21   |   Back to top   |   Homepage   |   Disclaimer & Privacy Policy Imogen Poots Network is a non-profit website. All images, video footage and other media are copyrighted to their respective owners, no copyright infringement is intended. We do not claim ownership of any photos in the gallery, all images are being used under Fair Copyright Law 107 and belong to their rightful owners. All other content and graphics are copyrighted to imogenpots.org unless otherwise stated. If you would like any media removed please contact us before taking legal action. Thank you!