Imogen attended a Screening Of ‘Solo: A Star Wars Story’ hosted by The Cinema Society With Nissan & FIJI Water on May 21, 2018 in New York City, the Ray-Ban Studios at All Points East Festival on June 3rd 3018 in London, England and very recently (today) the 2018 Royal Academy Of Arts Summer Exhibition Preview Party on June 6th 2018 in London, England. Boy was she busy lately, we didn’t expect this many new photos! But we’re not complaining! She looks fabulous in all of the events, and wow she rocked those Ray-Ban shades at the festival! We added about 30+ photos, stay tuned cause we’ll be adding more photos from the latest event soon! Update: We replaced some of the photos we previously had in lower quality with high quality ones and added 40+ more high quality photos to the photogallery! Go check them out!

Imogen attended the Wildlife Premiere After Party during the 2018 Cannes Film Festival on May 11, 2018 in Cannes, France. She looked so beautiful, she did cut her hair to a bob! We love it! Hopefully she’ll keep it this short for the filming of ‘Vivarium” which will start in July! We added 2 high quality photos, hopefully we’ll be able to find more! 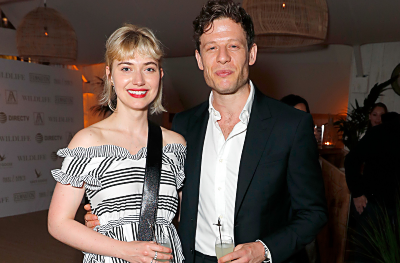 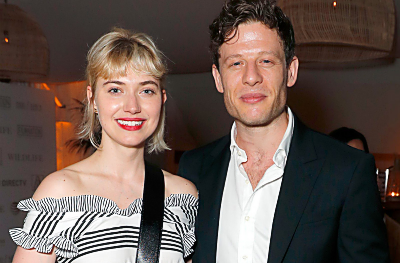 We were finally able to complete the Photoshoots category of our gallery! We now have all of Imogen’s portrait and editorial sessions (that we know of) from 2006 to 2018! So if you wanted to see some of her older photoshoots but you couldn’t find any here before, now you can find a total of 1043 photos divided into 137 sessions from the last 12 years! We’ll work on the television category next so check back soon if you’re interested in that!

Imogen attended the 2018 The Olivier Awards for her nomination as Best Actress in a Supporting Role in a Play on April 8, 2018 in London, UK. She looked so beautiful, her hair looked awesome at the event, it’s a few shades lighter now and she cut it to a bob (or it may be a faux one) + her dress was so fabulous! We added about 46 photos, stay tuned cause we’ll be adding some high quality photos soon! Edit: We now have 119 photos so go check them out!

Hey there! We just added the first still of Imogen’s upcoming film I Kill Giants directed by Anders Walter also starring Zoe Saldana. We also have a promotional shoot photo and a high quality poster! Take a look! We’re can’t wait to see it! Just learned that it has been picked up for UK distribution by Kaleidoscope Home Entertainment who is plotting a theatrical release in the UK in April, followed by a digital release in May.

Based on the comic-book series, the fantasy adventure (in theaters March 23) centers on a 12-year-old girl named Barbara Thorson (Madison Wolfe) who escapes from her real life and chaotic household into a Dungeons & Dragons-like world where she’s the only one who can stop coming giants from rampaging all over her town. The line between that fantasy and reality begins to blur, and her school psychologist Mrs. Molle (Saldana) takes an interest in helping Barbara, an outcast among her peers. 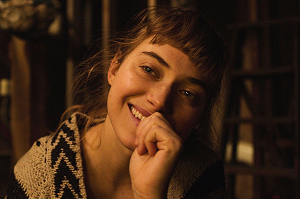 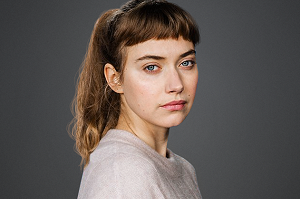 Imogen and her ‘Friday’s Child‘ co-stars Tye Sheridan and Caleb Landry Jones met Deadline Studio for an interview on March 12, 2017 at the SXSW Film Festival and also did another new beautiful portrait session by M Buckner! We added 6 high quality photos from the portrait session & 5 high quality photos from the interview to the gallery. She looks beautiful! Go check them out! You can watch the interview below!

Imogen did a new beautiful portrait with her ‘Friday’s Child’ co-star Caleb Landry Jones, today at the SXSW Film Festival by C Nickols! She looks simply gorgeous in these, love her make-up, hair and outfit! We added a total of 18 photos to the Photogallery. Go check them out!

As we mentioned before Imogen and his co-stars Caleb Landry Jones & Tye Sheridan attended the ‘Friday’s Child’ Premiere during the 2018 SXSW Film Festival at Paramount Theatre on March 11, 2018 in Austin, Texas. She looked absolutely beautiful! Love the hair! We added 35 high quality and medium quality photos, take a look!

Page 4 of 9 « Previous 1 2 3 4 5 6 7 … 9 Next »
© 2013-2019 Imogen Poots Network   |   ImogenPoots.org   |   Theme by Sin21   |   Back to top   |   Homepage   |   Disclaimer & Privacy Policy Imogen Poots Network is a non-profit website. All images, video footage and other media are copyrighted to their respective owners, no copyright infringement is intended. We do not claim ownership of any photos in the gallery, all images are being used under Fair Copyright Law 107 and belong to their rightful owners. All other content and graphics are copyrighted to imogenpots.org unless otherwise stated. If you would like any media removed please contact us before taking legal action. Thank you!